Mumbai, January 31, 2022: India Pulses and Grains Association (IPGA), the nodal body for India’s pulses trade and industry, in continuing its effort to create a meaningful dialogue around the pulses sector, recently hosted a webinar on Rabi Outlook & Kharif Production 2022 under the aegis of the ‘IPGA Knowledge Series’ with the aim of getting insight into this year’s Kharif production and rabi pulses outlook. The webinar was attended by over 550 stakeholders from over 20 countries. Panelists deliberated on several aspects of Rabi and Kharif crop production as well as an overall outlook of the pulses sector.

Mr. Jitu Bheda, Chairman, IPGA, said, “We have received an overwhelming response to the past two seasons and are proud to be hosting the third edition of the IPGA Knowledge Series with our webinar of 2022 which has created a platform for insightful discussions and deliberations on pulses sowing patterns, weather, import policies and prices. This year we thought of approaching the crop outlooks in a multi-pronged approach. Our first webinar will focus on the crop outlooks coupled with the numbers from the research organizations. Given the inherent nature of uncertainties of the crop number crunching, we decided it would be better to start with the experts presenting their view.”

Historically, there has always been a discrepancy between the Ministry of Agriculture and Farmers Welfare’s sowing and production numbers and the numbers gathered by the trade. Explaining the goal of organising the IPGA Knowledge Series webinar, Mr. Bimal Kothari, Vice Chairman, IPGA, said, “To increase the production, we will have to pay more attention on quality of seed and better management. A lot of focus needs to be given towards the Rabi and Kharif crops from qualitative production as compared to quantitative production. Pulses too are witnessing a surge in demand as a protein rich food. Keeping in sight the productions of pulses lately, it was expected that the prices of pulses will go high in the future. To control this price inflation government tried to stock these pulses. Hence the future market will be rectified only when proper availability of such pulses as per requirement is maintained within the market. We also believe that if the production rate is good, then the ban shall be removed from the future trading of pulses. Simultaneously if the practices of future trading are used in the right manner, it will benefit farmers by letting them know the predicted prices of the particular pulse which will then help the farmers in planning what crops they should produce so that they can get a better return. Although, the concept of future trading shall also be applied with long-term vision to keep it steady and ethical.”

Dr Shiv Sewak, Principal Scientist and Director In-charge, Indian Institute of Pulses Research (IIPR) said, “This year, in all the crops, we received increased production of 25.72 million tonnes – which is 50% higher as compared to 2014-15. Due to this, there is a reduction in the import of pulses throughout 2021. In the coming years, the demand for pulses will increase and according to our projections, by 2025, our requirement will be 30 million tonnes across the country. To meet the growing needs, necessary scientific research is very important in developing different seed varieties, that are not just high in Nutrition but also are climate-resilient.”

Dr Sewak underlined the need to improve cultivation of pulses as it is a rich source of protein and other nutrients especially for the vegetarian population. “With 800 million people remaining undernourished across India, cultivating different varieties of pulses will help address the malnutrition problem. Across pulses, we have developed some 65 varieties across pulses, many of which are high in nutrition content and are fortified with minerals,” he further went on to say.

Ms. V N Saroja, Chief Strategy Advisor, Agriwatch presented a detailed Rabi Crop outlook, encompassing the impact of weather on these crops. Elaborating further, she said, “Both Rabi and Kharif saw some weather events this year. The heatwave in US and Canada impacted the lentils production and caused a 25% dent in production. This led to a major surge in prices. On the other hand, Myanmar has done well. Overall therefore, the prices of Chana, Toor, Moong, Urad remained quite in a controlled range whereas the lentil prices moved up dramatically.”

Ms Saroja highlighted how the sowing was delayed due to an extended monsoon and cyclonic showers in different parts of the country. “As the sowing got delayed due to the extended monsoon, the yields will also be impacted. We hope that the winter which started late ends late too. This is because, if the temperatures may rise dramatically at the time of crop maturity, the yields may be impacted. Frost, hail and rains in February affected lentils last year and these are the factors we must watch out for.”

During the year, the acreage for Kharif crop in India rose by 6.5%, according to Mr. Nirav Desai – Partner, GGN Research. “With timely arrival of the monsoon, sowing was higher as compared to the previous season. Despite this, the total harvest was only marginally high. In June, the monsoon started a little earlier than normal however, there was a major deficit in July and a slight deficit in August as well with periodic rainfall. As a result, the overall pulse production took a hit,” he said.

Explaining the trend region wise, Mr Desai said, “The Northwest region of India had about 3.9% of deficit in rainfall mainly in Rajasthan and Gujarat. On the other hand, in central India and peninsular India the rainfall was higher in the range of 3.7-10.7%. For Kharif pulses, sowing area for toor was about 1.84 lakh hectares, which was higher about 3-4%. Moong and Urad also showed similar marginal increase.”

The crop therefore remained more or less the same. The government has been very, very successful in containing the prices, but in this whole process, the  pipeline stock has been also depleting and overall the stock the stock has also been depleting. Therefore, around March and April, as pipeline stocks deplete further, there may be a slight pressure on the pulse prices.

IPGA’s vision is to make Indian pulses and grains industry and trade globally competitive; and in so doing, help advance India’s food and nutrition security. IPGA takes the onus of essaying a leadership role in the domestic agri-business and play a more proactive role in the global domain to foster healthy relations among Indian market participants and between India and all associates overseas.

The IPGA Knowledge Series Webinars were conceptualised to discuss, explore and deliver key insights on topics of critical interest to the pulses sector in India and the world at large. IPGA has hosted around seven such extremely successful webinars which have had an average of around 700 participants from over 25 countries.

India Pulses and Grains Association (IPGA), the nodal body for pulses and grains trade and industry in India has over 400 direct and indirect members which include individuals, corporates as well as Regional Pulses Traders and Processors Associations taking its pan-India reach to over 10,000 stakeholders involved in the farming, processing, warehousing and import business of pulses across the entire value chain. 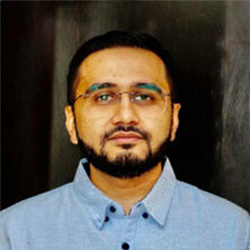 Mr. Nirav Desai is the Managing Partner of GGN Research and Managing Director of Nikhil Commodities has over a decade of experience in Pulses and Oilseeds sector. 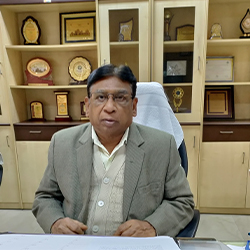 Worked as Chickpea breeder and developed chickpea variety DCP 9-2-3. From 1997 worked in AICRP Chickpea and contributed significantly in evaluation of advanced material and release… 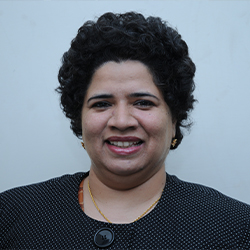 V N Saroja has over 30 years of experience in areas of strategic consulting, Internet and technology and Agricommodities consulting. She is currently the Chief Strategy Advisor… 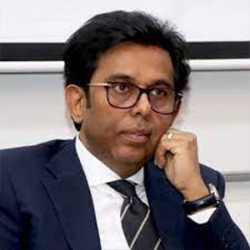 Shri Rohit Kumar Singh is an IAS officer of the 1989 batch, Rajasthan cadre. After graduating in Electrical Engineering from Indian Institute of Technology(IIT), Banaras Hindu University (BHU), he completed Masters in Computer Engineering from Clarkson University, New York, USA before joining the IAS. Subsequently, he obtained Masters in Public Administration… 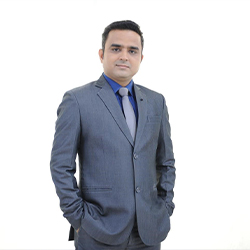 Mrituenjay Kumar Jha, aged 38, qualified in Master of Journalism from Makhan Lal Chaturvedi National University of Journalism having over 15 years of diversified experience in commodities market. Currently I am working as Commodity Editor and anchor of Zee Business… 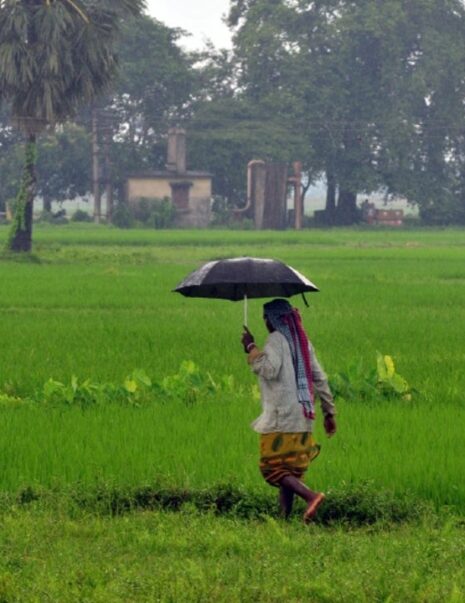 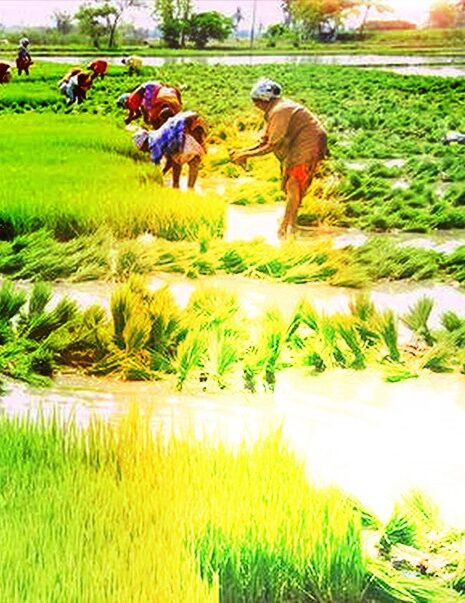 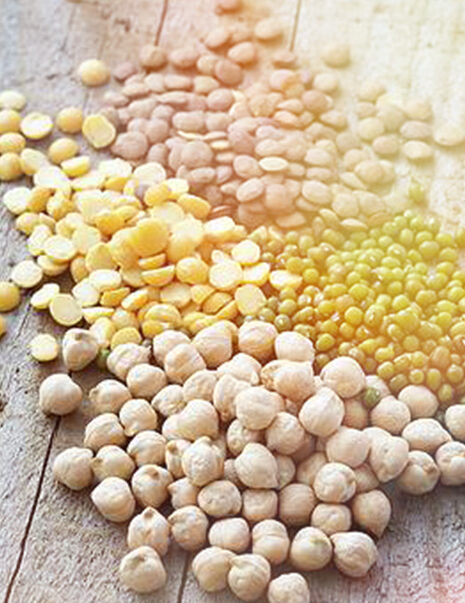 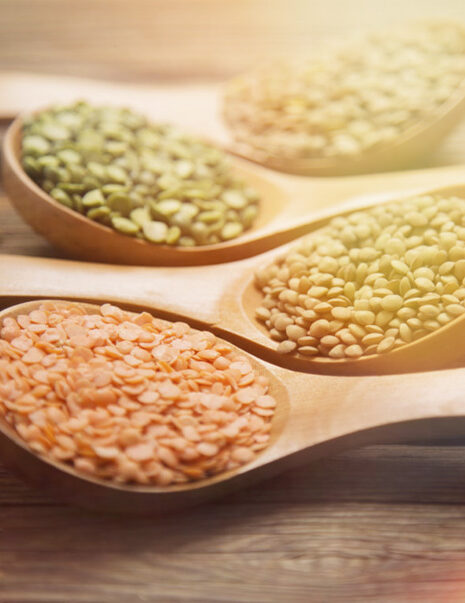 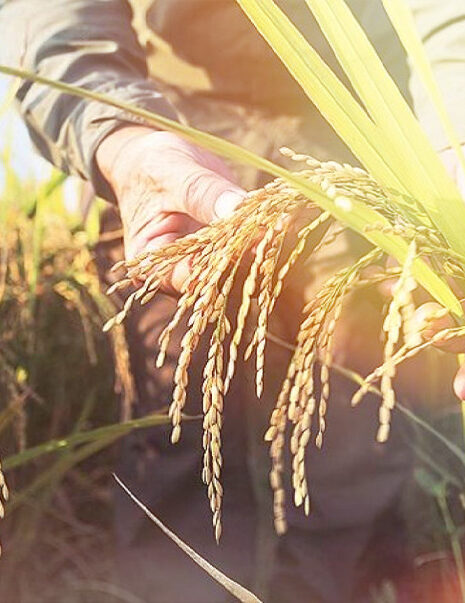 There are many new variations of available but majority is simple free text.
Read More
Copyright ©️ 2021 IPGA, All Rights Reserved.